OverTake > News > Yamauchi: GT7 will be similar to series’ classics
0 Shares
READ NEXT 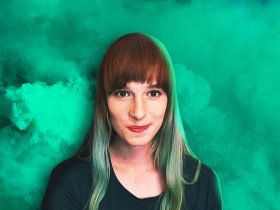 Emily Jones: Our Hero of the month

Gran Turismo 7 has already been announced mid-2020 – and ever since, fans of the series were stoked to get their hands on the game. As a PS5 exclusive, Sony promises superb visuals and an unparelleled racing experience. But besides a short display of the global career mode in the announcement trailer, not too much was given away about its in-game features.

However, GT producer Kazunori Yamauchi now gave a general idea of what to expect from the new addition to the franchise. In an interview with the Japanese online magazine Octane.jp, he reaffirmed that Gran Turismo 7 will take up the legacy of previous games from the GT Sport series.

While the interview with Yamauchi mostly centers around the photo mode Scapes that was established in GT Sport, the game producer also answers a few questions regarding the coming Gran Turismo game. Talking about the general direction GT 7 is heading, Yamauchi reiterates his initial inspiration creating older parts of the franchise:

I myself grew up as a car enthusiast surrounded by the influence of Japanese automobile manufacturers and the transmission of automobile media and that is also the driving force behind my production.[…] I have never forgotten that it originated in Japan and now I feel the responsibility and mission of inheriting the Japanese automobile culture.

Yamauchi emphasizes the importance of the reality of Japanese motorsports that was the main influence on older GT Sport games. With the intention to continue the ambitious vision of the series’ beginning, GT 7 will circle back to tournament elements the previous games featured. In the producer’s own words:

While inheriting elements such as the [FIA] championship realized in sports, Gran Turismo 7 will return to the royal purpose of full volumes like 1 and 4 and provide the best Gran Turismo experience at present. For this reason, I think that players who have known previous games of the series might feel a little nostalgic with our new title.

The dream of lifetime GT fans

With the development of Gran Turismo Sport and its growing importance in esports, its perception by the community did in fact shift ever since the initial releases of the franchise. While the announcement trailer of the seventh game of the series suggested increased influence of the past games, Yamauchi’s reaffirmation of GT 7 going back to its roots lets long-term players rejoice.

After 8 long years of not having a true GT game. It is time! GT7’s announcement with the original tracks and simulation mode and it being just like the classic games was the greatest gaming announcement I’ve heard. Coming from a lifetime GT fan

However, the excitement of the community will have to continue for a little longer, as Sony still hasn’t given us an exact release date yet. For the time being, we’re still optimistically hoping for GT 7 to be released sometime in the following months.

Are you excited about Gran Turismo 7? Tell us on Twitter at @OverTake_gg or in the comments down below!