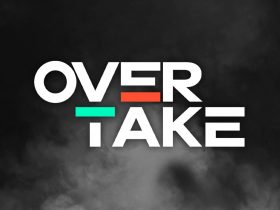 Give it up for m3lly!

Our second studio episode of Nitro Nights is brought to you by the incredible Melek “m3lly” Balgün. If you have been an avid viewer of our show, you’ll know her from a previous episode of Nitro Nights where she was a guest on the show herself. Also, we welcome Tom Deacon back to our show who’s got the hottest news for you in our Newsflash.

“I love the commentating side of things”

This episode’s guest, Leigh is a master of many talents who is loved and embraced by the esports community. The host and commentator had gigs in all big esports disciplines such as Counter-Strike, League of Legends and more recently Valorant. But that’s not why he’s on our show today. Of course, Leigh is a passionate racing enthusiast as well!

Leigh is a phenomenal commentator who really loves what he is doing. In our interview he reveals what he enjoys about esports racing in particular. He gives much credit to the British racing broadcast legend Murray Walker whose style impacted generations of English speakers.

In Leigh’s opinion, the big advantage of esports racing in comparison to “traditional esports” is its inclusivity. In contrast to other disciplines, he argues, it doesn’t really matter in which simulation you compete. As a result, we see pilots fighting in many totally different competitions which contributes much to the beauty of esports racing.

Tune in and don’t miss this gem of an episode!