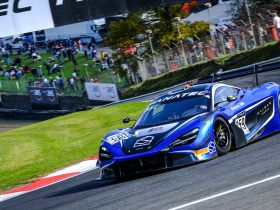 In this week’s episode of Nitro Nights, Steffi chats to Williams Esports driver and iRacing pro Arthur Lehouck. Having started his career in karting at just 7 years of age, Arthur is the ideal candidate to provide an insight into the karting world.

Back to where it all began

Arthur’s career is on a steep upward path. He is a regular competitor on iRacing with the Williams Esports team, and was recently announced as a driver for DS TECHEETAH in the Formula E: Accelerate 2021  series alongside winner of the 24 Hours of Le Mans Virtual 2020, Nikodem Wisniewski. Like many other racers, his journey began as a young child in karting. He quickly rose through the ranks by winning the French championship. Reflecting on that time, Arthur tells Steffi that he is eternally grateful to his parents who supported him and made his racing career possible.

The beauty of karting

With karting playing such a decisive role in his early years, it is little wonder that Arthur has experience with KartKraft. The game hit Steam back in 2016, but continuous updates since then have kept it fresh. Its appeal has the potential to grow even stronger with the news that its developer Black Delta has been purchased by Motorsport Games, the creator of the Nascar Heat series and many other racing titles. With this added expertise, KartKraft could become a giant killer. Arthur explains that in karting, “the driver makes the difference” – feedback is crucial to improve the handling of the kart and get a slight edge over your competitors. If Motorsport Games can successfully convey this excitement in the virtual world, they will surely be on to a winner.

Afterwards, it’s time for the usual Trackmania challenge! Can Arthur use the precision he learned back in his karting days to top the overall leaderboard? Find out in episode 37 of Nitro Nights!