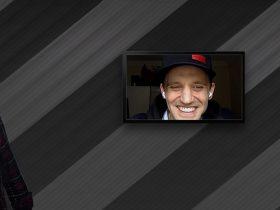 Tom Deacon welcomes the king of Project CARS in this episode of Nitro Nights.

Kamil ‘khaki’ Pawlowski is undisputedly the best driver in Project CARS. He won the world championship in 2016, 2017 and 2019 and is still hungry for more titles. The Pole meets our host Tom Deacon and they chat about the current state of Project Cars and its esports scene. Also, they take a look forward to Project Cars 3, which is rumored to hit the market in 2020.

khaki explains his view on virtual reality and how it can help to fasten your lap times. Project Cars 2 has been the market leader in VR racing. Kamil hopes that Slightly Mad Studios are going to improve this feature in PC3 even more.

Esports racing has brought him to many places, he tells Tom. Not only did Kamil attend offline finals in breathtaking venues such as Mercedes Benz World in London. He also took part in season two of “World’s Fastest Gamer”. The young athlete wears a bright smile when speaking about this event and he explains how it influenced him as a person and sim racer.

Also, we welcome another special guest to the episode. Our very own Nitro Nights producer Yannic stops by and is Tom’s newsflash sidekick on this episode. They recap the eNASCAR iRacing Series race at Dover and have a look at many events coming up this weekend. You do not want to miss this special episode of Nitro Nights!