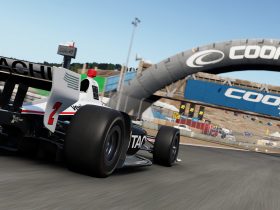 Mack Bakkum about the perks of living in a team house and being a professional esports racing coach.

Our Nitro Nights guest Mack Bakkum is not only an experienced esports racer but also a great chef. The Dutchman joined his team VRS Coanda Simsport in 2016 and nowadays even lives in their team house in Germany, where he likes to cook some proper meals for his flatmates.

The 27-year-old has been competing on iRacing for years and has won the 24H Le Mans LMP races on the platform several times. Even though Mack’s favorite color is pink, he sadly never won a race in a pink car.

Living in a house full of racers

VRS Coanda Simsport is the first team to establish a gaming house solely dedicated to esports racing. Mack tells that he and the other racers living under the same roof are not only teammates but also good friends.

But at the same time, Mack also feels more challenged by his housemates. “If I do something wrong in a race, I will never live that down. Because every time at the dinner table, I am reminded of my mistakes,” the Dutchman says, wearing a smile.

Being a coach in an esports racing school

Improving on your own can be quite hard which is why esports racing academies are becoming more and more popular. Mack is a coach at Virtual Racing School and tells that in doing so, he is able to meet people from all over the world.

His clients span from beginners to people who are almost as fast as himself. The coach even tells that one racer he taught is now in front of him in the standings of the Porsche TAG Heuer Esports Supercup.

For unique insights into the life of a coach living in an esports racing team house, tune in to this fabulous episode of Nitro Nights!