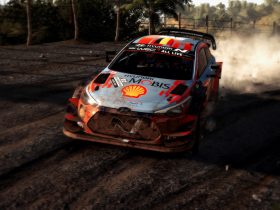 It’s a new year, and Nitro Nights is back to wash away those January blues! In this week’s episode, Indiana meets Alex Day from the YouTube channel ‘FailRace’, who discusses everything from cats to evading capture in GTA V.

A racer to the core

On the face of it, Alex Day has the basic hallmarks of a passionate racer – an impressive sim rig, and a YouTube channel devoted to racing. But take a closer look, and you’ll see the full story. Outside on his driveway sits an Audi RS6 Avant and a classic 1965 Plymouth Fury, and his YouTube channel is a massive hit with over 460,000 subscribers. From humble beginnings showing the ‘fails’ from the esports racing world, Alex has expanded FailRace to feature games and challenges on a variety of platforms, which he commentates on himself in his calm and collected manner. And occasionally, his three cats play an accidental starring role too!

The thrill of the chase

Among the most popular features of FailRace is the weekly episode of ‘Survive the Hunt’. As the name suggests, Alex has to survive for 24 in-game hours in either GTA V or Forza Horizon 4 while being chased by a group known as ‘the hunters’. The format ensures a rollercoaster ride of quiet, stealthy moments interspersed with explosive, thrilling chases – and the eventual outcome of either success or failure. When Indiana asks what sparked the idea, the Brit replies that it was a gradual process of “tweaking” the rules and simply finding out what worked – trial and error. The result is a format that is both unique and captivating.

However, Alex reveals that his all-time favorite race on the channel was the “River Race”, where he and a group of friends raced a diverse variety of vehicles down a river in Forza Horizon 4. Alex feels that this episode perfectly sums up the entire channel: “Pure chaos, while creating an amazing race”. It’s a winning formula, which the Brit hopes to take to even greater heights in the future.

Afterwards, Indiana and Alex discuss the top social media posts from the week. Then it’s time for the Trackmania challenge! Will Alex’s skills at surviving in GTA V translate into a top time on our leaderboard? Tune into episode 31 of Nitro Nights to find out!