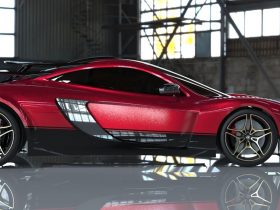 Fans are always greatly appreciated, but sometimes people take it way too far. We decided to address the issue of toxic fandom in esports racing.

Whether an esports racing viewer is a true neutral who just wants to see some exciting racing, or if they root for a particular driver or team, they can have positive experiences no matter what or who they follow. Fans exist for everything, like movies, bands, comedians, whatever it may be, it is okay to appreciate something.

Unfortunately, however, some people who claim to be fans put too much emphasis on who or what they support. To the point that any slight criticism gets blown out of proportion, and they go on the attack.

This has become most prevalent in the F1 league racing scene, in the likes of Premier Sim Gaming Leagues and World Online Racing. These are the two communities which feature the top drivers from the F1 Esports Series Pro Championship, such as the likes of Jarno Opmeer, Brendon Leigh, Frederik Rasmussen, Marcel Kiefer, Lucas Blakeley and Bari Boroumand.

With all these high profile drivers, it’s inevitable that their fans will be out in force to show their support. But that isn’t what is happening. Instead, it’s primitive and territorial; petulant playground behaviour. It isn’t just people coming in from the outside trying to provoke a reaction out of the fans, although there is plenty of that as well. Instead the bulk of the toxicity comes from within.

In many instances, there are those fans who will always support their chosen driver no matter what. Subsequently, if that driver is in battle with another and that other driver makes a questionable move, they feel the need to attack the other driver.

In the case of the clip above, Lucas Blakeley moved over and braked early to get Thomas Ronhaar to hit the DRS detection line before him. Many people were calling for Blakeley to get a penalty even though Ronhaar said in the post-race interview he had no issue with it. But this sadly is a rather tame case in comparison to some others.

On multiple occasions this season, fans of a driver who have been caught up in an incident have flocked over to the other driver’s Twitch stream to harass them. No doubt the severe influx of trolls can have a deep effect on many drivers who are just people, and as such have flaws.

Toxicity on Both Sides

One driver in particular had a difficult season and has seen toxicity from both his fans and the people who pray for his downfall. Two-time F1 Esports champion Jarno Opmeer, who had won every season that PSGL have held on PC until this season, is the driver in question. After the season ended prematurely, Opmeer was already a sizeable number of points behind eventual champion Lucas Blakeley.

Throughout Opmeer’s reign in the F1 league racing scene, his fans have certainly had a lot to celebrate. Unfortunately though, whilst of course there are just those who support Jarno, there is a very vocal subset of his fans. For them, it isn’t enough that Opmeer wins, it’s that the other drivers lose. Then they get to spam in chat something to the effect of “HAHA JARNO GOAT RATIO + L” along with some painfully uncreative portmanteau of another driver’s name coupled with a pitiful insult.

Also, whilst away in Abu Dhabi on his way to helping Mercedes win the V10 R-League, plenty of Jarno’s fans popped into the PSGL stream to repeatedly ask where he was. Then, when they were told, some were claiming that PSGL was now bad because Opmeer wasn’t there, when it was only for one round.

Of course, this isn’t Jarno’s fault and it’s equally as disgusting that he receives that same negative treatment from others that his own fans have given other drivers. Even though Opmeer won a race and scored a further three podiums, the occasional early exit in qualifying has resulted in people continuously calling him “washed”.

Despite claims that Opmeer was doing badly, he ended up third in the championship. Only Bari Boroumand and champion Lucas Blakeley were ahead after the season was cut short by two rounds. He was 29 points back and, with the two remaining rounds, it was unlikely that he would have won it. But, for someone who was supposedly “washed”, not half bad.

The idea that if a driver who was winning and dominant in recent seasons is now bad because they aren’t placing first every other race, is quite frankly ridiculous.

It’s not just the drivers who get this treatment, there are the rabid fans of popular racing teams who can often adopt the aggressive groupthink mentality. But, there’s another group of people in the online racing community whose voices we have become very much accustomed to; commentators.

Between January and March, the F1 Esports Challengers series was broadcast and commentary came from Kieran McGinley and Justin Sutton. Two very well respected commentators in the F1 gaming scene, Sutton being one of the first to popularise F1 gaming commentary and is immensely respected.

However just like Jarno Opmeer, there is another F1 gaming figure whose fans don’t know the difference between supporting someone and putting others down. George Morgan became the leading voice in all of league racing who has gone on to commentate for real world championships, and has a lot of dedicated supporters.

He even contributed to the Challengers broadcast with commentating on the onboard laps of the circuits the drivers would be racing on. But, on one occasion, one of the people in the YouTube chat in a misguided attempt to support George said “We don’t want Bad Santa, we want George Morgan”, the Bad Santa comment directed at Sutton and his majestic facial hair.

Again, nothing wrong with liking anybody but why put down others to put their favourite up? But unfortunately, this isn’t even the worst from toxic fans.

After the third round of the SRO GT World Challenge Esports America Series, YAS HEAT and Veloce ACC specialist George Boothby got involved in an incident with BS+ driver Gregor Schill. He then opened up about the harassment he had received as a result.

Boothby had received a death threat after the incident, not just for him but for his wife and his newborn child. Utterly sickening, and something that BS+ themselves were disgusted by, that someone would do such a thing in the name of support for them.

That’s not to mention the death threats Jimmy Broadbent got for the last corner coming together with Lando Norris in the Virtual Bahrain Grand Prix. Ultimately, it doesn’t matter how at fault someone was for an incident, death threats are never okay.

What Can Be Done?

Ultimately, there are just some people who cannot be reasoned with. None of them will read this and realise the error in their ways, they will double down and attempt to provoke even more. What needs to be said though is directed at those overly dedicated supporters of one person or a team, and that is support your idol without bringing down others.

When cheering for your favourite, cheer for them by all means. If part of your experience is negatively referring to the other competitors in any way, you are no true fan. There’s a huge difference between “Go Jarno!” and “Jarno > Luckoumand”. Remember the human.

So let’s drive it out.

Will you be trying to drive out the toxicity in the esports racing community? Tell us on Twitter at @OverTake_gg or in the comments down below!