OverTake > Opinion > Feature > What Is The Best Game for Esports Racing?
0 Shares
READ NEXT 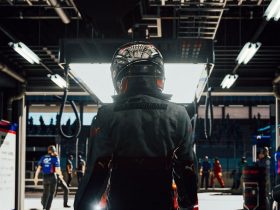 There are plenty of games that esports racing takes place on, but which one is the best according to four professional esports racers?

With the upcoming sim racing title Rennsport marketing itself as the ultimate esports game, and that got us thinking. The beauty of esports racing is that unlike most other types of esports, it’s not contained within the one title and there are multiple niches within sim racing.

There are some professional drivers who specialise in the one title, like the F1 games, or iRacing, or rFactor 2 or Assetto Corsa Competizione. Then there are many who jump around to different platforms, competing in a variety of racing events.

So with that in mind, we were interested to know with all things considered, which platform is the best to host racing. Not the one that is best to drive, because that’s up to personal preference. We asked for the input of four established esports racing professionals.

We couldn’t make an article about the best game to host competitive esports racing without talking to one of the GOATs of esports racing. Enzo Bonito is a member of Team Redline, also formerly having raced for McLaren Shadow and Ferrari Esports.

Many of us first heard of Bonito when he won the 2018 eRace of Champions, but he went on to compete in F1 Esports and many other championships across various games. In the multi-platform VCO Esports Racing League, Bonito has consistently earned the Most Valuable Driver award as he’s just always running at the front regardless of car, track or game.

So if there is anyone qualified to give opinions on which games are best to host esports racing on, it’s Bonito. When it comes to accessibility, he claimed Assetto Corsa Competizione is easier to host competitive esports, with the menu being more manageable due to it needing to be adapted for usage on console.

It’s also worth noting that the content is very limited on ACC since it’s mostly GT3 cars with GT4 and spec tin top series also in there. Plus with how much cars are in the game already as base content, it’s a simple grab-and-drive to race on your own. Whereas with a game like rFactor 2, Bonito claims you need someone acting as your engineer.

When it comes to competing in esports, we have someone on our team who is a full time esports driver; Emily Jones. The 2021 Porsche TAG Heuer Esports Supercup All-Stars champion, as well as having competed across many other major championships.

Emily has driven competitively on iRacing, rFactor 2, also on Gran Turismo. Concerning iRacing, according to Emily it has all that down when it comes to content and stability when running the game, and also with its inbuilt licence system and competition structure, it’s never short of content.

Compared to rFactor 2 though, Emily believes it has a lot of potential. But it’s let down by it being difficult to set up, being glitchy and breaking easily. She has unfortunate hands on experience of that, Emily was part of the four-woman squad competing in the WSeries entry in this year’s 24 hours of Le Mans Virtual and the game crashed before the race preventing them from even starting it..

Emily has also driven ACC, admittedly not in a major esports event. She noted though that whilst it is very user friendly, the limited content does make it not so great for competing in a range of races. On the other end of the spectrum, there’s Gran Turismo 7 which has a lot of variety, accessibility, and its biggest point in its favour is the strategy.

On GT7, tyre and fuel depletion can be disabled but also it can be multiplied so shorter races can have an element of strategy involved. Although as expected, its driving physics are simplified for a more casual audience compared to ACC, rFactor 2 and iRacing. But there’s one more platform that often gets left out of the conversation, RaceRoom.

To discuss RaceRoom, it was only fair we speak to Mr. RaceRoom himself. Having won three GT Masters Esports titles and also won the 2021 DTM Esports championship, Moritz Löhner was more than qualified.

Löhner brought up RaceRoom being free-to-play and how it provides you with the ability to test drive cars before you buy them. With many sims requiring players to buy the cars with real world money, it’s a wonder to think RaceRoom would be so generous, not to mention the wide variety of car types.

Navigating the menus and setting it up to be compatible with the hardware is also pretty straightforward, but it does have its downsides. The server load times are immensely slow, and its damage model is pretty on or off, with most slow speed collisions barely damage the car and when it does, it’s extreme.

All of this comes back round to the sim that started this conversation, Rennsport. What else is essential for games to be used for competitive esports.

Last person we spoke to is someone who like Enzo Bonito, is quick no matter the platform. Josh Rogers is a 2-time Porsche TAG Heuer Esports Supercup champion on iRacing, won the GTE class in the inaugural running of the 24 hours of Le Mans Virtual on rFactor 2, and he also ran up at the front in SRO GT World Challenge Esports on ACC.

Rogers has since become a fully fledged Porsche esports factory driver, and has also been heavily involved in the testing of Rennsport. It isn’t easy to judge Rennsport since it’s still so early on in its development. As of the current sims on the market, Rogers rates iRacing above the rest when it comes to being user friendly, accessible, high quality content and being compatible with about every wheel on the market.

Concerning Rennsport though, Rogers brings up a good point.

The biggest thing these titles like iRacing and ACC lack are true offline LAN capabilities, something that is a necessity for esports competitions. This makes it difficult to judge from a pure esports level at the moment because all of the top racing sims out there don’t currently support offline LAN play for live events (or if they do it simply isn’t used). However that being said, Rennsport showed this advantage extremely well at their Summit in Munich.

We competed on a pure LAN offline state and that’s the first time I’d actually competed in that scenario in my many years of sim racing. That in itself is exciting for the future of sim racing esports as it’s such a crucial aspect of our sport, so already for me that experience puts it very close to what’s out there at the moment, meaning once some of the smaller things like content, contact physics, performance, etc. are ironed out, it will be the sim to beat when it comes to hosting esports events and tournaments.

Ultimately with everything considered, there’s not one game on the market at the moment that covers all the basis. For a consistently strong competition system and a wide variety of content, iRacing has that one down but for pure accessibility to the content, that leans towards ACC with the majority of its content being in the base game.

Could Rennsport become that title which truly unites all esports racers and brings a whole new level of accessibility of competitive online racing to a whole new bunch of people?

Which game do you think is the best to host esports racing? Tell us on Twitter at @OverTake_gg or in the comments down below!