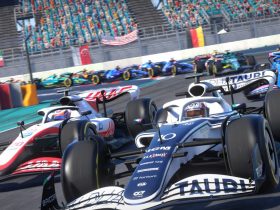 In the lead-up to the start of the Le Mans Virtual Series, we got to talk to Porsche works esports driver Josh Rogers.

After a successful first running of the 24 hours of Le Mans Virtual in June 2020 and a first full season from September 2021 to the second Virtual Le Mans in January 2022, the Le Mans Virtual Series is back. The leading esports drivers will compete on rFactor 2 in LMP and GTE cars in major endurance events for a share of $250,000 in prize money.

Heading into the new season, Porsche have stepped up their involvement. After winning the GTE class in the inaugural running of the event, they come into this season with a fully fledged works esports team and are competing in the LMP class.

Back in May, it was announced that Porsche were teaming up with leading esports racing organisation Coanda. Five of Coanda’s drivers would become part of the team, all of whom formerly competed in the Porsche TAG Heuer Esports Supercup. One of those drivers is Josh Rogers, who won the PESC championship twice in 2019 and 2021.

Over the past few years, the Australian has established himself as one of the top drivers in the scene. Along with being a 2-time PESC champion, he has many other achievements on iRacing such as many special event wins, Australian Supercars Eseries champion, VCO ProSIM champion and many more. But he’s also quite handy on other games.

When he used to race in SRO GT World Challenge Europe on Assetto Corsa Competizione, he was a frontrunner and got a victory in his second Sprint series race. Also of course, he was part of the Porsche entry that took GTE honours in the inaugural Le Mans 24 Virtual on rFactor 2.

In the leadup to the new season, we had the privilege of chatting with Rogers to talk about the LMVS and being a Porsche works driver.

OverTake: You were announced as an official Porsche factory esports driver a few months ago. How does it feel to be representing Porsche in the virtual racing world?

It’s something that is incredibly exciting, and one I don’t think we have really seen in esports yet. There are other manufacturers with esports team but to be considered as an esports works driver alongside all the other works drivers within Porsche, it’s something new and special.

We’re all very proud to be a part of Porsche. To go into a series like Le Mans Virtual with that extra motivation behind us, being part of the history and heritage. We have raced for Porsche before of course, but to now be representing them as an integral part of the team as oppose to being essentially on loan to them, we’re all really looking forward to it and putting in the preparation to give Porsche the success they deserve. To go for that overall win would be a huge honour, I’m massively grateful to have this opportunity.

OverTake: What does the role entail that differs from the affiliation with Porsche you had prior?

To be honest, it’s not too dissimilar, just now there’s a bit of label that goes with it. In terms of what we do outside of the sim, not much really changes. Obviously, we have a media team onsite here in Gronau helping us produce content for the races and that’s increased with becoming a full Porsche works team.

We have also been attending more events, mainly with Rennsport and Porsche, it’s led to more of those scenarios. In terms of preparation to more race events and what goes on during the event, it doesn’t change. It’s just business as usual, doing our best as a team.

OverTake: Aside from Le Mans Virtual Series, what other championships will you be representing Porsche in?

Good question. As things progress, there will be programs and opportunities that may arise. At the moment though, we’re focused solely on Le Mans Virtual for the forseeable future, it’s the one we have been working towards the entire year.

We may compete in some iRacing Special Event endurance races every once in a while but that would be under the Coanda Esports banner instead of Porsche Coanda Esports. But yeah, as far as representing Porsche, for now it’s just Le Mans Virtual.

OverTake: Onto the Le Mans Virtual Series itself, would you say it has become a landmark series in esports racing?

Absolutely! Given how strongly the first event went in June 2020, I think that certainly put a lot of prestige on it, showed what sim racing can be and what it has become.

To have the series be so highly recognised by motorsport in general, it’s not something we have seen in sim racing to this scale, and to have the involvement and reliance on real world drivers, makes it very special.

OverTake: You will be competing for overall wins in the LMP class this season after driving the Porsche GTE car. What will be the challenges now compared to what you had to do before?

A new car means a new challenge, and new competitors as well. There’s plenty of teams that have been running up at the front in the LMP class that we haven’t gotten to race against since we were racing GTE.

The approach will have to be vastly different, now we will have to dodge lapped traffic rather than stay on our line. It’s not entirely alien to us, we’re used to racing an LMP2 car from iRacing, albeit not the same car.

OverTake: What are your aims heading into the new season after what you learned in the first season?

Well, as ever the biggest goal is to win, ideally both the championship and the Le Mans finale. Though if it had to be one, we’d pick Le Mans of course. But we just want to come into this season with our best foot forward.

Last year, there were definitely some scenarios where we weren’t quite prepared enough and subsequently things didn’t go our way. So trying to iron out these things, and so far we’re on the track to be doing just that. We will see where we are come Round 1 on the Bahrain circuit.

The first round of the Le Mans Virtual Series takes place 17 September with the 8 hours of Bahrain. To watch the broadcast, it is being streamed to the official World Endurance Championship and 24 hours of Le Mans YouTube channels.

Qualifying will also be broadcast later today and that will be followed by the Le Mans Virtual Cup opener on the Sebring circuit.

How well will Porsche do in the Le Mans Virtual Series? Tell us on Twitter at @OverTake_gg or in the comments down below! 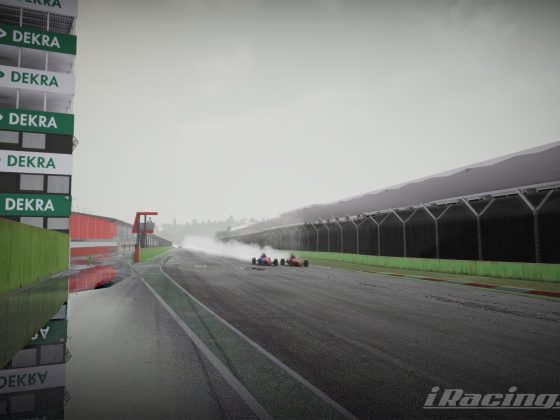 Simracers have been waiting a long time for iRacing to add rain to its service. In a recent development update, the team announced rain is just around the corner. Several other exciting updates were included in the blog post. ...