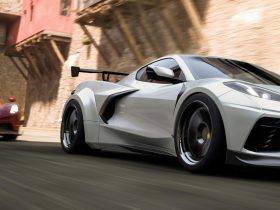 Some sim racing records are so good that they stand the test of time. Can the ones in our list ever realistically be beaten?

Sim racing is fairly new in the world of esports, but the scene is growing day by day. Despite still being in its infancy, records have already been set which seem highly unlikely to beaten any time in the future. However, records are there to be broken. So can anyone topple the ones in our list? Check them out and decide for yourself!

Martin Krönke wins every race in a season

It isn’t unusual for a team or driver to wrap up a championship with a few races still to go. What is almost unheard of is a driver winning every single race in the season – but this is exactly what  Martin Krönke achieved in the iRacing World Championship Grand Prix Series back in 2017. The German monstered the opposition, finishing with an almost perfect score of 429 points while his nearest rival  Bono Huis only managed 336 points. With how closely contested the championships are nowadays, this is a record that is highly unlikely to be equalled.

It’s back to iRacing for our second record, which is this time held by  Greger Huttu. The Finn managed to win the iRacing World Championship Grand Prix Series five times between 2010 and 2016, only blotting his copybook slightly in 2012 when he came second. That’s still five titles in the space of six years though – a feat that no other driver has come close to achieving. Amazing though it is, this record can still be classed as theoretically ‘beatable’ – but it would take a great deal of consistency and determination to do it.

The 24 Hours of Daytona is a 24-hour endurance race held at Daytona International Speedway in Daytona Beach, Florida. Since the inception of the race in iRacing in 2015, one team has pretty much dominated the top step of the podium: Coanda Simsport. Although the record is beatable as it stands, the team is still on top form, so it is entirely feasible that they will simply extend the record to the point that nobody can beat it. A special mention also goes to Mitchell deJong who was driving on every single occasion that the team clinched victory, and can therefore claim the same record for himself.

The video above has a surprisingly low number of views (fewer than 200 at the time of writing) for such an impressive feat. It shows Max Wissel hooking together what looks like the perfect lap in F1 2020 around the Hanoi Circuit in Vietnam. However, it isn’t just the sheer speed of the 1:31:678 that makes this lap potentially unbeatable. The Vietnam circuit was actually omitted from the real-life F1 championship in 2020 and failed to reappear in 2021 too. This means that Codemasters’ release of F1 2021 in July this year won’t feature the track, and therefore the record is very likely to remain indefinitely.

For the final record, we head to Trackmania. Gamer ‘Wirtual’ describes the highs and lows of his quest to get a world record time on Track #19 in this genuinely tense video. After months of trying he eventually succeeds with a time of 49.056. Unlike the other records which have the outside potential of being topped, Wirtual’s record truly is unbeatable as the campaign leaderboards for the track have now been locked. If you fancy experiencing the rollercoaster ride of record hunting in Trackmania though, never fear – there are plenty more to choose from if you have determination and a lot of patience!

Are there any other sim racing records that could potentially be classed as ‘unbeatable’? Tell us on Twitter at @OverTake_gg or in the comments down below!