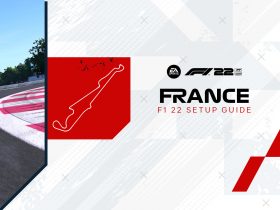 The first races of the new F1 Esports Pro Championship season will be getting underway soon. We took the time to highlight five drivers that we think you should keep an eye on this year!

Coming into the 2021 F1 Esports Pro Championship season, there are plenty of talking points. You have the two former champions lining up at the same team, 2017 and 2018 champion Brendon Leigh made the switch from Mercedes AMG Petronas Esports Team to line up alongside 2019 champion David Tonizza at FDA Esports Team. The current champion Jarno Opmeer took Leigh’s vacated Mercedes seat after winning last season with Alfa Romeo Racing Orlen Esports.

Beyond the champions, there are so many drivers that you should watch closely. So we thought we would compile a list of drivers who we reckon viewers should keep close tabs on throughout this year.

First appearing in the Pro Series when drafted by BWT Racing Point Esports Team in 2019, the 20-year-old Scot’s collective results in that time haven’t been truly reflective of his ability. His peak so far was a podium in the 2019 Suzuka race. What then followed was a less than favourable 2020 where the team finished bottom of the standings, despite Blakeley and his teammates Daniele Haddad and Shanaka Clay all being proven and capable racers.

I’ve one ambition, eyes on the prize ✌️ pic.twitter.com/e0KkNQfOs8

With the trio retained by the newly rebranded Aston Martin Cognizant Esports Team and just missing out on winning season two of the V10 R-League, Blakeley has already shown immense promise on the new game by running up at the front in Premier Sim Gaming Leagues’ top PC tier alongside some of the best in F1 Esports. If anyone can upset the established order in the Pro Championship, it will most certainly be Lucas Blakeley. Don’t forget he won the Pro Exhibition race in support of the Virtual Monaco Grand Prix, holding off the then reigning champion Tonizza after pitting on the first lap.

After falling short of qualifying a couple of years ago, Sebastian Job has finally got his chance in F1 Esports with Scuderia Alphatauri Esports Team. Unlike a lot of drivers competing though, Job isn’t known for racing on the F1 games. In fact, he is more known for his efforts in iRacing.

There are plenty of drivers in F1 Esports who compete on other games. Ferrari’s drivers compete in SRO Esports on Assetto Corsa Competizione, Job’s Red Bull stablemate Frede Rasmussen is a champion in both iRacing and rFactor 2, so it’s not impossible to be quick on multiple games. But, seeing how vastly different the handling models are between iRacing and F1 2021, Job’s progress will be worth keeping an eye on as he is around competitors whose prioritised racing games are the F1 games.

If anyone can overcome these potential hurdles though, it will be the 2020 Porsche TAG Heuer Esports Supercup champion.

All of McLaren Shadow’s three drivers are of interest and are all worldclass. Josh Idowu holds a lot of promise and Daniel Bereznay is a proven title contender looking to rebound after a difficult 2020. But we are saying out of the three, it’s Bari Boroumand you need to keep a close eye on.

The Iranian took pole in his second major esports event, the Pro Exhibition race in support of the Virtual Spanish Grand Prix but was rather criminally left on the sidelines when he was drafted for the 2020 Pro Series by Mercedes, participating in only the one race.

But in various league racing since then, he has been the one driver to provide consistent competition to Jarno Opmeer. Not to make too bold a comparison but if we could liken Opmeer to being the Michael Schumacher of the F1 Esports scene, Boroumand might just be the Mika Häkkinen. Time will tell as to whether Boroumand’s pace is a red herring or not.

Onto Opmeer’s teammate for this season, who has certainly proven he’s no Rubens Barrichello. Dani Moreno was drafted to race for McLaren Shadow in 2020 and ended as the series’ top rookie. He now joins the reigning champion in a rejuvenated Mercedes squad and they’ve proven exceptional across many leagues.

With that being said, only a couple of weeks before the start of the new Pro Championship, Moreno and Opmeer did have a bit of an on-track incident in a league race. They have proven to be a very capable duo and will most likely contend for the team’s championship, but Moreno is certainly race-winning material and a balance will need to be achieved. The Spaniard has a fighting spirit and will have momentum from last year that could see him taking the occasional win.

I’m so happy to announce I’ll be racing for @MercedesAMGF1 alongside @jarno_opmeer and @bonohuis 💪🏻 pic.twitter.com/8IJYBRkQRB

Last but not least, Alfa Romeo’s Filip Presnajder is likely to spring a surprise. After racing only the one race for Ferrari who prioritised Tonizza and Enzo Bonito, the Slovakian now has the support to potentially compete for a full season.

When competing in league racing in F1 2020, Prešnajder was actually not that far off Opmeer and Boroumand. It was a shame he was so contained because those who know, see this guy as the real deal and is certainly the one within Alfa Romeo to earn them results that outgoing Alfa drivers Opmeer and Bereznay were able to get. There are a few questions marks over his transition to F1 2021 that he will need to put to bed at the start of the season.

Very proud to announce that I have teamed up with @alfaromeoracing @SauberEsports for the upcoming 2021 F1 Esports Pro Series! I am really grateful for the opportunity and can’t wait to get started!#F1Esports pic.twitter.com/j6M7EEu0Xe

The first two races of F1 Esports are tonight – 13 October – on the Bahrain and Chinese Grand Prix circuits with the third race around the Austrian Grand Prix circuit tomorrow night – 14 October – and you can watch all the action from F1’s official Twitch, YouTube and Facebook pages.

Which driver on this list do you think will do the best this season? Tell us on Twitter at @OverTake_gg or in the comments down below!