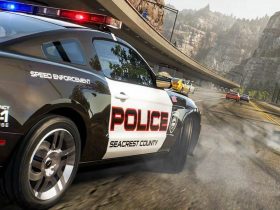 The best racing games to play by yourself

Gran Turismo, Mario Kart or a fun mobile racer: what is the highest rated racing game of all time?

Have you ever wondered about the objectively best racing title in the history of video games? One approach to answer this question is to take a look at the Metascore of all racing games. The score is published by Metacritic, a website that collects reviews and ratings from important and recognized critics all over the world and boils the ratings down to one consolidated rating. For video games, a title is designated as “Must-Play” when it achieves a Metascore of 90 or higher and has been reviewed by a minimum of 15 publications. The page also features a user score which sums up ratings of their users. Let’s take a look at the top ten highest rated racing games according to their Metascore.

Wipeout 2097, or Wipeout XL as it was called in North America and Japan, came out 24 years ago but is still in the top ten racing games of all time. The game is set in a futuristic universe with high-speed space races and flying vehicles. Not only do players have to race against A.I.-opponents at full speed, it is also crucial to take care of the cars so they don’t take damage from crashes or enemy weapons. The future still has pit stops to repair your vehicle, but in such a supersonic speed challenge, it is crucial to not lose valuable seconds.

From a dangerously fast sci-fi racer straight to and older simulation: Test Drive Le Mans for the Sega Dreamcast might have been the game you dived into as kids and where you re-lived the 24 Hours of Le Mans race you had seen on TV. The game does not feature any crazy weapons or circuits, just a classic simulation of the most prestigious endurance race there is. But Test Drive Le Mans is not just a strict life-like realistic simulation and has arcade elements, blending the two genres to an incredibly entertaining racer.

No list of popular racing games would ever be complete without a Mario Kart title. The Game Boy Advance Version Mario Kart Super Circuit is the third instalment of the franchise and reached the highest Metascore of all Mario Kart titles. It stays true to its predecessors and comes with the classic characters, game modes and an assortment of 20 different tracks. Being the first Mario Kart for a handheld console, it immediately became a bestseller upon release. Over 5,91 million games were sold worldwide, which catapults it to number four of the best-selling titles for Game Boy Advance.

“And I’m losing my favourite game. You’re losing your mind again”. Gran Turismo 2 arguably has the most iconic intro song of any racing game: My favourite Game by The Cardigans from their album coincidentally named Gran Turismo. The virtual garage of the game featured an incredible range of nearly 650 cars which could all be tested freely in the arcade mode with damage completely turned off. Players who preferred a more serious challenge could also switch to the simulation mode, drive on a more realistic level and unlock new cars and circuits. A perfect two-in-one title that took the living rooms of 90s kids by storm.

Real Racing 2 enters this list as the first mobile racing game – and is a comparably recent release that hit the app stores in 2011. While the game features licensed cars, the tracks are all fictional and a career mode let’s players explore all of the locations. Since it is a mobile game, the control scheme differs from the usual controller or steering wheel and the game offers five different methods for how to move your car. Braking, accelerating and steering can all be set to either manual or automatic, for example.

Chaotic and destructive racing games have always been popular among fans, so it doesn’t come as a surprise that Burnout 3: Takedown achieved top scores. The goal of the game is literally to take down opponents by slamming into their vehicle at full speed and boosting your way to victory to unlock even faster cars. With its emphasis on a dangerous driving style, Burnout crashed its way trough the video game market in 2004 and established itself as highest rated Xbox racing game of all time according to Metacritic. It even came second on the PlayStation 2 list. It is also the second most popular video game on these platforms in its release year among video games in general, so it is safe to say that the game is not only destructive, but also brilliant.

Another mobile racing game that managed to build a large audience is Jet Car Stunts. As the name already suggests, it is not a realistic simulation, but a fun and over-the-top arcade title. Players have to maneuver their car through the air with crazy stunts, jump over floating platforms or straight through rings while trying to finish the course with the fastest time possible. But despite all the stunts and flying across the map, the controls are always reliable and responsive and the cars can even be controlled mid-air.

The mobile game Need for Speed Shift raced straight towards the podium of this list – but interestingly, the community does not seem to agree. With a 94 Metascore but a meager 4.2 userscore, the game has the highest discrepancy among all titles, yet it still made it to the top three. The game is more oriented towards simulation than the traditional crazy arcade style and has a focus on touring cars. As such, some parts of the playerbase were unhappy with its shift in direction towards sim racing. A special feature is the in-car view that leads to an immersive feeling inside of the cockpit. Critics praised the game for its addictive career mode, outstanding driver’s view, responsive controls and the large range of content.

Gran Turismo is a household name not only among racing fans, but in the realm of video games in general. The PlayStation 2 release “Gran Turismo 3: A-Spec” turned out to be a real zinger with over 14.89 million copies sold worldwide. When the title hit the market, motorsports enthusiasts as well as casual gamers were stunned by the (back then) outstanding graphics and plethora of 150 licensed cars. On top of that, the game is easy to play for everyone, has smooth as well as realistic handling and is a simple but loaded driving experience. Basically every aspect of the game was pleasant and nearly perfect, which earns the title a well-deserved silver medal as second highest rated racing game of all time.

What game could be even more beloved than Gran Turismo 3? The original Gran Turismo of course! Yes, a total of three slots in this top ten list are occupied by GT releases which underlines the great gameplay and popularity of the series. In 1998, the first edition of Gran Turismo hit the stores for PlayStation and set a benchmark for future racing games.

Similar to the second place in this article, the game blew the players minds with its realistic graphics, content, racing action, soundtrack and controls, making for an almost flawless experience. The title achieved over 10.85 million units sold, which is an incredibly impressive number for a first release. Gran Turismo is the king of racing games and convincingly claims the golden crown with an outstanding 98 Metascore, backed up by a 8.6 userscore.