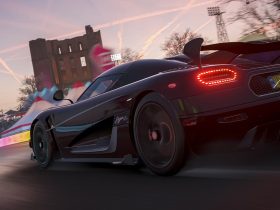 Sometimes racing in the virtual world been so intense it directly impacts the real world. Here are three instances that the happenings of sim racing have had dramatic consequences in reality.

Who else has been in a situation where you are perhaps in the middle of a race, your mum comes into your room and asks if you want a pizza and that distracts you? Maybe just us. But whether the events in the virtual world impact the real world or the other way round, sim racing can lead to some rather unbelieveable situations you wouldn’t expect.

2016 IndyCar champion and 2019 Indianapolis 500 winner Simon Pagenaud lost a lot of respect as a result of his actions in the final round of the IndyCar iRacing Challenge. He felt like McLaren F1 ace Lando Norris had been at fault for a move that resulted in both Pagenaud and Graham Rahal being taken out of the battle for the lead, when in truth it was netcode related.

Pagenaud then openly stated he intended to take Norris out. He succeeded as he stamped on the brake pedal in front of Norris and put on an Oscar-worthy performance when trying to claim he didn’t mean to do it.

Lando Norris brands Simon Pagenaud a “loser” after intentionally crashing him out of sim racehttps://t.co/nHnDPX7aZ2 pic.twitter.com/5b4P3OkYFS

Certainly not the behaviour becoming of a driver of his success level. Regardless though, that isn’t the reason he’s on this list.

Pagenaud was part of the Penske entry in the inagurual Le Mans 24 Virtual in a team full of real world pros alongside Dane Cameron, Ricky Taylor and Juan Pablo Montoya. About four hours into the race, Pagenaud’s wheel begins to seize up but he’s prepared so he parks up, disconnects his wheel and puts his frame to one side and connects a whole different one.

He had no force feedback at all and just had to navigate the Porsche curves and get to the pits so Montoya could take over. You got to admit, he had prepared for every eventuality and did a mighty fine job quickly connecting everything before the Oreca 07’s engine overheated.

You know we couldn’t do this list without including Max Verstappen’s near catastrophe. We just had the Spa 24 hours iRacing Special Event and despite being locked in a titanic duel with 7-time champion Lewis Hamilton, Red Bull’s Max Verstappen is still competing in the occasional sim race.

As part of the Porsche24 by Team Redline entry, Verstappen finished sixth in the iRacing Spa 24 hours a couple of weeks ago, managing to fend off until the last corner the advances of the Biela Racing Lamborghini squad.

But if you rewind the clock to 2019 between the British and German Grand Prix, Verstappen took part in the event for Team Redline along with fellow F1 driver Lando Norris – who was still a part of Redline at the time – and they were paired up with sim racers Maximilian Benecke and Maximilian Wenig.

Lando and the three Max’s absolutely dominated the top split, and as Verstappen took the wheel for the last stint and leading by one and a half laps, his brake pedal falls off. He attempts to bring it to a stop without a brake pedal by weaving, running across grass and pressing it against the barrier. He then gets their Audi R8 GT3 towed back to the pits for Norris to bring the car to the finish.

Being saved by the iRacing rulebook that meant instead of falling behind the next closest car, they came out in the lead and Lando Norris brought home the car by about 30 seconds as opposed to one and a half laps. Cutting it very close, Max Verstappen even said that he had just gotten some new pedals that he was planning on installing after the race anyway.

When you have an incident in the virtual world, it’s often not treated with such concern since nobody can actually get hurt, right? Well, not if you’re IMSA racer Jordan Taylor.

In an event that was remembered for much uglier reasons thanks to Kyle Larson, Taylor was competing in a race around the Monza oval in modern NASCAR stock cars. He had gone off line to let some faster traffic pass when one clipped him and sent him into a wreck.

But that wasn’t just in the virtual world where that happened, the forces of his SimCraft APEX motion rig moving in tandum with the car on screen was enough to tip Jordan and all his hardware over to one side.

Most realistic sim out there? @SimCraft. No question. Literally flipped last night going 215mph at Monza. Jokes aside, a minor defect in a non-SimCraft part failed and thankfully is covered under warranty. Replacement parts were overnighted and we’re ready to go back to racing. pic.twitter.com/aiv4yAHNyv

So if the many people who like to invalidate sim racing for any reason want to go with the angle “you can’t get hurt in sim racing”, aside from the people who have snapped a wrist on a direct drive wheel, you just have to show them that video and they’ll feel foolish.

What’s the whackiest thing ever to happen to you in real life whilst sim racing? Tell us on Twitter at @OverTake_gg or in the comments down below! 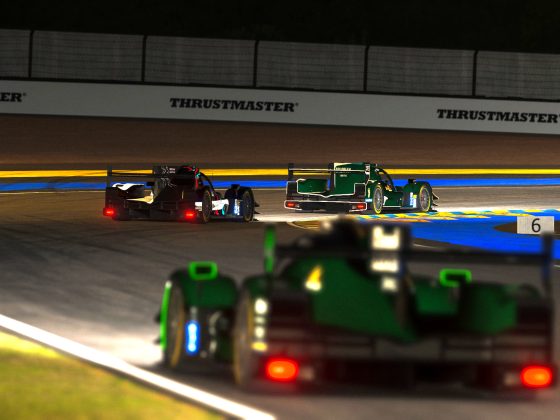 The 2023 running of the Le Mans 24 Hours Virtual is over and involved some controversial moments. Despite the bad press, there were plenty of positives to take from the event. Here are the top 5 moments from the 24 ...