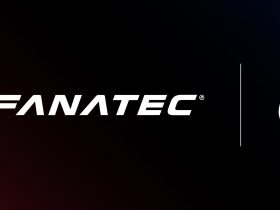 The three new cars that have just been added to Gran Turismo 7 were all leaked by data miners. These are some other cars that could be added to the game.

With the addition of the Porsche 918 Spyder, the Nissan Skyline Super Silhouette and the Maserati A6GCS/53 Spyder, Gran Turismo 7 is bringing more and more cars to the game. But, because of people looking into the game files, these cars were confirmed to be coming to the game a long time ago.

Rewind the clock back a few months, we noticed a couple of supposed leaks for cars coming to Gran Turismo 7. As we all know, these sorts of things can be faked.

But these leaks from a Discord server full of data miners have so far proven true. The likes of the Toyota Le Mans Hypercar, the Suzuki Vision Gran Turismo, the 1932 Ford Roadster, the Subaru BRZ GT300 and the Suzuki Escudo along with the most recent three cars have all been added to the game.

All of these appeared a couple of months ago. With the way it’s been right so far, it’s seems more and more likely that the information is valid.

So after a quick run-through the list, here are a few names that will thrill Gran Turismo players. These are the ones that we are most excited for should they turn out to be true.

Pikes Peak cars are very popular, it seems. Although the game doesn’t yet have the actual Pikes Peak 13.5-mile hillclimb which covers 7,400 feet in elevation, perhaps it could come to the game with the first car on this list.

The Peugeot 208 T16 Pikes Peak car that 9-time World Rally champion Sébastien Loeb drove to obliterate the all-time record in 2013 by over 90 seconds (which has since been beaten by Romain Dumas in the Volkswagen I.D. R by fewer than 20 seconds).

The car is powered by a 3.2-litre twin-turbo V6 which produces 875 horsepower. Plus it weighs only 875kg, and you don’t need to be a mathematician to understand that means it’s fast. 0-62mph takes a simply astonishing 1.8 seconds!

If it were to get added to Gran Turismo 7, it most likely won’t be a part of the Gr.B category like the Escudo. It may be less powerful and a bit heavier than the Escudo, but it’ll be way too quick for all the rally cars, no amount of BoP or detuning can balance it.

There are a few fast Ferrari road cars in the files that have been in previous Gran Turismo titles, such as the 430 Scuderia and the 599 GTB Fiorano. But skip forward two generations in Ferrari’s V12 Grand Tourer range from the 599, you get the 812 Superfast. That name is very apt indeed.

Powered by a 6.5-litre naturally aspirated V12 that produces 789 horsepower, it gets to 62mph from a standstill in 2.9 seconds and keeps on going all the way to 211mph. This in spite of the fact that it weighs nearly 1.75 tonnes.

It would be a treat to drive for all Gran Turismo 7 players as it has a weight distribution of 47-53. It allegedly lapped Ferrari’s test track Fiorano only half a second slower than the track-focused ‘tdf’ version of the F12berlinetta, the 812’s predecessor. In real life it cost just over £250,000. We’re expecting it to be a little cheaper in Gran Turismo though!

Lexus are the dedicated luxury brand of Toyota, like Infiniti is for Nissan. The brand earned the reputation for being rather dull. So they spent nine years developing a sports car, and what resulted was the stuff of legend. The LFA instantly quieted Lexus’ doubters and presented a side to the brand which had never been seen before.

The car is powered by a very lightweight 4.8-litre V10, which can go from idle to its redline of 9,000rpm in six tenths of a second. This is so fast that it needs a digital rev counter because an analogue one cannot keep up. It maintains that sort of speed when it comes to actual performance too.

The LFA’s engine produces 552 horsepower and it goes from 0-62mph in 3.7 seconds, reaching a top speed of 202mph. It is quite pricey though, at £340,000. Even then, due to the time spent on development, Lexus make a loss. But still, its expense was justified as it really did cause a major shift. Once added to GT7, there will be many competitions between the LFA and the Porsche Carrera GT for best sounding engine in the game.

In Gran Turismo 6, there was a lot of content themed around 3-time F1 world champion Ayrton Senna. Included was his racing kart from his last year of karting in 1980 when he finished runner-up in the Karting World Championship, the West Surrey Racing F3 car from 1983 when he won the British F3 title and the Macau Grand Prix, and the 1985 Lotus 97T that he took to his first F1 Grand Prix victory.

But perhaps the car most associated with Senna is the first of his three championship winning cars, the McLaren MP4/4. In his first season with McLaren, he and teammate Alain Prost won all but one race in the entire season, cementing this car’s legacy as one of the most iconic in all of F1. Infact, its signature white and red is often recreated on the fictional late 80s-based F1 car in Gran Turismo 7, the F1500T-A.

It’s safe to say though that more players will make a beeline for the MP4/4 due to its history. It will most likely be a Gr.X car and will only be raced against each other. Plus, expect it to cost a lot!

Finally we arrive at the car that has people most excited, the Bugatti Chiron. Surprisingly though, this car can actually trace its origin in Gran Turismo, as the Chiron is based on the Bugatti Vision Gran Turismo.

Being a road car, the Chiron is slower than its VGT counterpart but it’s by no means a slouch. Its 8.0-litre quadturbocharged W16 produces 1,479 horsepower and, despite weighing just short of two tonnes, it’s still mega quick. 0-62mph takes 2.4 seconds and its top speed is limited to 261mph, although the Super Sport 300+ version can exceed 300mph.

In real life, the Chiron is £2.5M, so if it’s that high in the real world and knowing how eager players will be to get their hands on it, no doubt the Chiron will cost a lot in GT7.

Which car do you want to see in Gran Turismo 7? Tell us on Twitter at @OverTake_gg or in the comments down below!