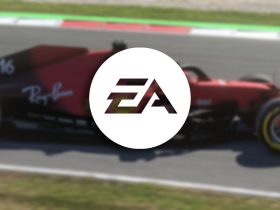 We explain all the qualifying formats you might meet in your esports racing competitions.

Did you know that when Grand Prix racing first began, there was no qualifying? The grid positions were simply determined by a lottery. The first time that the starting order was determined by qualifying times was at the 1933 Monaco Grand Prix held on the streets of Monte Carlo.

Since then, the ways of sorting the grid have taken many different formats. So buckle up for a hot lap through the most important ways of determining who starts on pole position.

This is the shortest format on the list. One lap, one attempt. The driver who does the fastest lap time starts from pole. In esports racing, this qualifying is often performed by all drivers at the same time, while each of them races on “his own” virtual track. This ensures that each racer has a free track in front of him and can solely focus on nailing his lap.

There are also variations of this format where drivers get to drive two or more one-shot laps. Their times are then merged together. The driver with the lowest total time starts from pole.

Often, one-shot or ‘hot lap’ qualifyings are used in qualification events for esports racing series or tournaments. For example, the VCO Cup of Nations or the Porsche SimRacing Trophy used variations of this format to determine their participants.

This format is often referred to as the “classic” type of qualifying since it has been very common in various racing classes for many decades.

In this qualifying, a certain time frame is given for all drivers to set the fastest lap time. This time frame can vary from several minutes up to an hour or more.

The drivers probably won’t have the track to themselves since they have to share it with the rest of the field – in real life, as well as in esports racing. It is thus important to closely monitor the track.

You don’t want to drive your lap on a full track since dodging all the other cars will cost you important time. You also don’t want to end up driving your hot lap behind a slightly slower car, which could compromise your time.

There may also be a limited number of laps you are allowed to drive depending on the regulations of the competition. Always make sure you check out the rule book!

The driver who has set the fastest single lap at the end of the session gets pole position.

You can find this kind of format in a lot of esports racing competitions, for example in the W Series Esports League 2020.

A guarantee for constant tension is the elimination format. In this qualifying, the slowest driver gets knocked out of the session after a certain time interval, often just a few minutes. The grid slowly starts to take shape from the back to the front.

Most tournaments using this format will give you a certain time frame at the beginning of the session to set your first laps before the elimination begins.

This format was, for example, used to determine the grid in the ABB Formula E #RaceAtHome Challenge 2020.

Formula 1 uses a mix of the elimination format and the classic style to determine the pole sitter. Qualifying is split into three sessions: Q1, Q2 and Q3.

In Q1, the field of twenty drivers gets twenty minutes to set their fastest lap. When the clock counts down to zero, each driver currently on track is still allowed to finish his lap. The slowest five will drop out of the qualifying and will be ranked by their lap times.

The remaining 15 advance to Q2. All lap times are reset to zero and the drivers get 15 minutes to set their fastest lap once again. At the end of the session, another five drivers drop out and are ranked by their Q2 times.

The top ten advance to the last session, Q3. Lap times are set to zero once again and there are 10 minutes to set the fastest lap. The drivers are then ranked according to their lap times from Q3.

The top ten qualifiers are required to use their tires from Q2 as their starting tires. P11 to P20 are free to choose which tire they want to start on.

This type of qualifying can also be played in the F1 games by Codemasters.

Before we dive into the last qualifying format, let’s make a short excursion. In some competitions, the final order defined by qualifying lap times does not mirror the starting order.

That is because some competitions like to use a fully or partly reversed grid. That means that either the entire grid or a part of the grid will start in the reverse order they qualified. The intention behind this is mostly to create more entertaining races as the best drivers have to work their way through the field to get on the podium.

You might ask: why would I try to achieve the best time when I know I’ll have to start from the back of the grid then? That is because the majority of competitions that use reverse grids award championship points for the fastest drivers of qualifying. So it still pays off to drive your best lap, even though the grid will be (partly) reversed.

Not only fastest-lap-sessions can decide the starting order. Some competitions will also use short races before the main race to determine the grid.

Let’s look at the 2020 Porsche TAG Heuer Esports Supercup for an example. At the beginning of the race day, there is a free practice and a qualifying session. Lap times from the latter determine the starting order of the 40 drivers in the sprint race, which is 15 minutes long. However, the top eight will start in reverse order to create more tension.

The final result of the sprint race then determines the grid for the 30-minute main race, where there will be no reversal of the drivers. Points are awarded for qualifying, sprint, and main race. In the main race, however, double points are available compared to the sprint race.

Other competitions might vary the rules for the sprint race. For example, a mandatory pit stop could be added as well to give it more strategic depth.

All those qualifying formats are just the basics. The organizers of a competition might adjust the format in various ways, such as session length, number of laps per driver or the car setup allowed. It is necessary to study the rule book before you enter a competition in order to understand the format.

Knowing all the rules is the foundation of a successful qualifying. After that, it’s up to you to get that pole position!