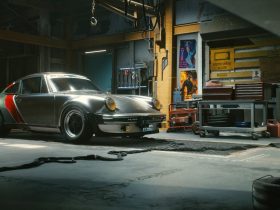 Teammates, engines and sponsors all need to be accounted for when starting a My Team career mode on F1 22. All of these and more are answered here in our F1 22 My Team guide.

It’s that time of year again. Players have picked up the new F1 game and are diving head first into the My Team career mode. Introduced in F1 2020, players can attempt to follow in the footsteps of Sir Jack Brabham by winning the championship as a team owner and driver.

But before getting started, there are plenty of elements to take care of beforehand which could impact how your My Team career mode goes. All of which we will discuss here to give all hopeful My Team players a headstart.

Starting off, you will be provided with the Entry Point options, which is where you want your team to be competing relatively to the rest of the field. These options are Newcomer, Midfield Challenger and Championship Contender, all very self explanatory with every option making it easier to make your way up the field.

The further up you go, the more money and resources you have available to you. It’s up to you where you’d like to start, but don’t forget the tab that says Career Settings. Here you can really tip the balance in your favour or give yourself a real disadvantage.

Ultimately, it’s all about player preference. When starting up your My Team career mode, make sure you don’t forget to look in the Career Settings tab when navigating the Choose Career Settings section.

When creating your own custom team, there are sponsors who will give you a sum of money when signing on and another payout if you fulfil a request they set out. Ensure you read their target achievement before accepting their sponsorship.

The available sponsors differ with each Entry Point level. We selected Championship Contender for the image below, and DSB Optics were an option provided to us. They would give $5.2M for signing on and also provide a weekly income of $507k. Always weigh up on how attainable the bonus goal is, as DSB Optics want a third place in the constructor’s championship.

There are certainly easier goals for not too dissimilar rewards. When selecting sponsors at the Newcomer Entry Point, the brand named Echo requests just two points finishes for a $3.96M bonus payment, with a signing on payment of $4.5M and a weekly income of $258.5k.

So make sure you do not miss these details. It isn’t the end of the world if you come up short on the sponsor’s goal, as long as you have a strong flow of cash coming in. That money will go towards upgrading facilities, hiring drivers and much more to potentially make the sponsor’s goal more attainable.

Hiring Drivers in My Team

Depending on if you pre-ordered the Champions Edition or not, there will be options for certain drivers. For the players who have the My Team Icons available to them, they can choose the likes of 7-time champion Michael Schumacher, 3-time champion Ayrton Senna, 4-time champion Alain Prost, 2009 champion Jenson Button, 2001 runner-up David Coulthard and 2008 runner-up Felipe Massa who are all carried over from last year’s game.

Not included this year is 2016 champion Nico Rosberg for whatever reason, but new for F1 22 are 1997 champion Jacques Villeneuve, 9-time race winner Mark Webber and Brazil 2010 polesitter Nico Hülkenberg. All of these drivers will likely be out of reach for anyone who selects the Newcomer Entry Point.

If you select the Championship Contender entry point, you receive an extra $10M. All of that will be taken if you sign Michael Schumacher, so be wary of who to sign. Take their overall ratings and each individual rating into account along with how much it will cost.

Alternatively, you may not have access to the My Team icons and instead have F2 drivers available. If there’s a specific driver you want to sign who isn’t listed, you can close the game and go through the process again with a refreshed selection. Their ratings will be low, but all it will take to boost them is giving them in-game tasks.

For the skillset and cost, our recommendations would be either Nico Hülkenberg or F2 champion Oscar Piastri. This depending on if you have My Team icons available to you, but if you do then you most likely have one of them in mind.

These are the main points we think you should be aware of before diving into F1 22 My Team career. Of course there are also season lengths and engine suppliers but ultimately there isn’t a lot of variables there, but selecting Career Settings, Title Sponsors and Teammates are the main points you should know about. Happy racing!

How will you be starting your F1 22 My Team career mode? Tell us on Twitter at @OverTake_gg or in the comments down below!